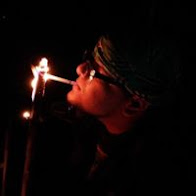 Sushein, being the son of a ghazal singer and radio artist of ALL INDIA RADIO (A.I.R.) had an inclination towards music since his childhood days. He learnt and played the Congo at school and used to sing in competitions and also won few. He was very fascinated to see how Dj’s play in clubs and how they scratch and mix different beats and create magic with their consoles. Later on in life when looking for a profession he set his eyes on being a DJ, as he thought, this would bring out his creative best, mixing two or more sounds to create a completely new tune and still retain the magic of music.

At a young age of 16 he found his able guru in DJ KINGDEVIL a.k.a. Shahnawaz from Mumbai. Started training at DJ institutes and became the YOUNGEST DJ INSTRUCTOR OF INDIA. He started playing live in corporate, colleges, clubs and pvt.parties and got an amazing audience response. Crowd like the way he cheer them and bring energy with his music and microphone Handling.
Music Style :- Bollywood, House, Electro, Progressive, Exclusive live Scratching Sets.
Exclusive Jugalbandhi performances with Percussionist, Rappers, Violinists, Tabla, etc.